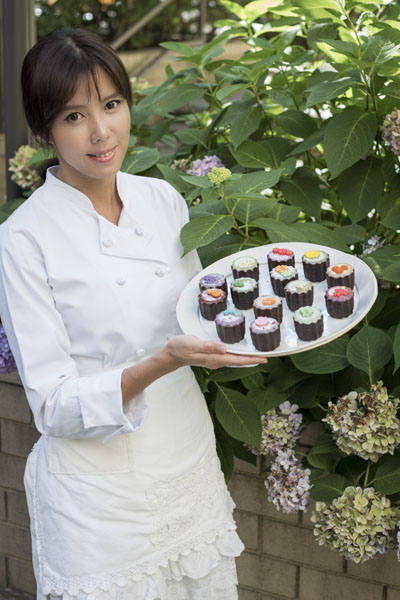 Sienna Hwang had her first cannelé when she would be a litttle lady traveling with her father during a business trip to Bordeaux, France, in which the caramelized delicacy originates, and has been in love using the French pastry ever since. Sienna was fascinated by the petite dessert and it is unexpected taste and texture that includes a crunchy shell having a smooth and custardy center.

In 2008, during a trip to Japan, Sienna was reminded of her passion for the pastry. She noticed that most of the bakeries she came across sold cannelés only and that like a former colony of France, Japanese bakeries were built with a tremendous amount of French influence. She then studied and learned the skill of baking cannelés from the Japanese baker for a couple of months before returning to New York and practicing making the dessert in her own kitchen for a couple of years.

Sienna would be a Korean runway model and learned of the New York modeling scene from some of her Korean modeling friends who lived in the city. She came over to the United States and modeled around the stage for a couple of years; when Sienna was not busy modeling, she would practice baking cannelés in her apartment. As one, Sienna has always watched her weight and felt that if she'll eat dessert, it had better be delicious and worth it; that's how she developed a passion for baking, specifically the cannelé.

Sienna started baking professionally three years ago and currently runs her business-Cannelé De Sienna from her home, but wishes to one day possess a team and a storefront. She is noted for her modern and contemporary decorations, which make her craft stay ahead of traditional cannelé. Her business is word-of-mouth and referral-based. Clients love the gluten-free and nut-free desserts for parties, special events, holiday gifts and party favors. Sienna enjoys placing a smile on her clients’ faces and encountering different types of people she might not as a rule have the chance to meet without her business.