Helpful tips for coffee houses in the Netherlands 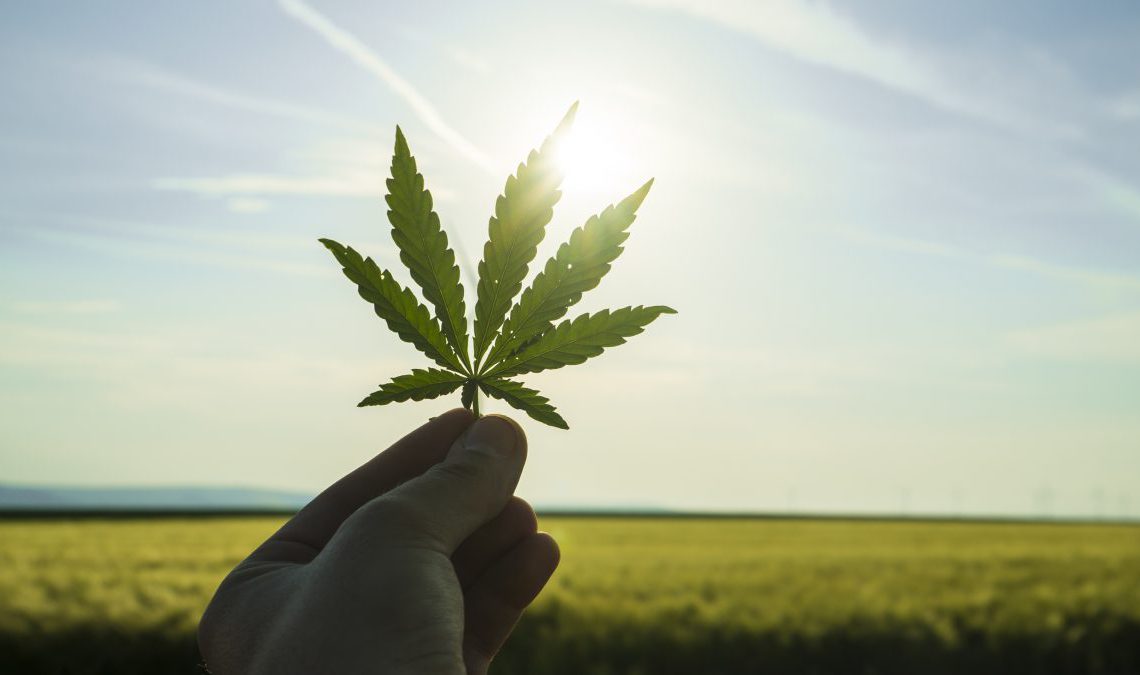 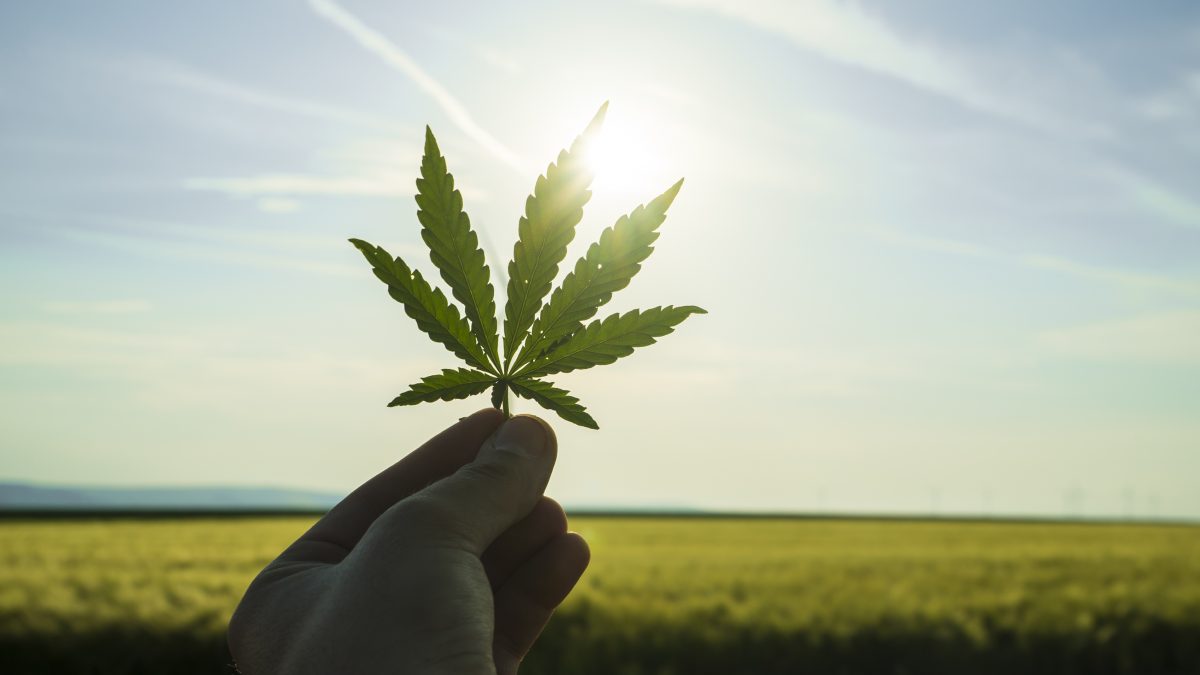 It’s a common misconception: everybody in the Netherlands smokes weed. This really is partially due to the amount of coffee houses that tourists see in the Netherlands, where it’s simple to buy. But what’s the storyline behind coffeeshops? And what’s using the name?

I think pot is more visible in Vancouver compared to this snazzy shopping town. But I'm obviously missing something since 1.5 million drug tourists come through Maastricht each year to buy weed and clarify.

Funny story: 2 yrs ago initially when i first arrived in Maastricht being an exchange student I wanted to get a coffee with a new friend. We ventured into the centre of town to find a café. To my delight there have been tons of coffee shops. I'm a coffee lover which looked very promising. We went inside and rather than the pungent java aroma I had been anticipating, the smell of weed struck me. I asked my pal, “What's with the pot smoking in here?” and he looked at me strangely. Then I actually ordered a coffee 'to go'! Obviously my throw-away Starbucks mentality didn't remain in Canada.

The woman behind the counter checked out me strangely and explained she could only serve coffee inside the shop. I looked at my friend curiously. “Isn't that weird that a café doesn't have coffee to visit?” He just laughed. “This is really a coffeeshop, not a café!” Even though I knew about Dutch tolerance for drugs, I honestly had not heard of this term. Several stoned patrons were staring and snickering at me. I then learned the lingo – a coffeeshop is a 'Dutchism' for licensed cannabis shops where customers can legally buy small quantities of cannabis products for private consumption.

It's all really perplexing for me since a Dutch 'coffeeshop' sells pot, a 'koffiehuis' is sort of a North American coffee shop selling coffee, a café here's equivalent to a bar at home. Addititionally there is an 'eethuis' or perhaps an 'eetcafé' that is among a café and restaurant. Whew there is a lot to understand prior to going out for any drink, bite or even a joint.

Maastricht coffeeshops are world-famous. Looking up ‘drug tourism’ in Wikipedia was surprising. Besides Amsterdam, South Asia, and South usa, just one other drug tourist destination is mentioned: “visited frequently by drug tourists is Maastricht due to its position near to the borders of Germany and Belgium.”

This phenomenon hasn't gone unnoticed. It's a hot political issue in Maastricht and Mayor Gerd Leers has attempted to offer pragmatic solutions to the complex 'problem'. Leers has been around international media in the past couple of years. The brand new York Times, BBC, International Herald Tribune among others have reported on Leers' cannabis policies. The Mayor is doing a couple of things. First, he's clearing up the nearly 30 licensed coffee houses in Maastricht – half shut as a result of his tighter surveillance. Second, Leers is attempting to bust some marijuana myths and every one of the rest of Europe to better comprehend the realities of cannabis use.

A friend of mine has spent many years experiencing hash here in Maastricht. One change he's witnessed within the last couple of years is that he's ID'd when entering coffeeshops. Lucrative must prove he's 18 or older.

In the Netherlands, the buying and selling of cannabis is possible although illegal. Historically national laws about drug policy – no advertising, no hard drug sales around the premises, no sales to minors, no sales transactions exceeding a sum threshold with no public disturbances in coffeeshops – have not strictly been upheld. This relaxation of enforcement is usually known as 'gedoogd' in Dutch.

Gerd Leers has been challenging this Dutch 'gedoogd' tradition. Since he took office in 2002, he's been strictly enforcing cannabis rules, which wasn't the case before.
Now shops that violate regulations must shut not less than 3 months for any single infraction, 6 months for a second offence, and permanently for any third.
As a consequence, shop owners are actually making an effort to abide by the guidelines because they do not want their shop to be the next to close. Only 16 coffeeshops are currently open for business.

This summer Maastricht's licensed coffeeshops will start the drastic way of measuring fingerprinting customers and scanning their IDs. Through this self regulation, coffeeshop owners want to prove they're sticking with rules around the minimum patron age of 18 and that they are not selling more than the permitted five grams per person.

It's difficult to say just what the issue is though. Is it adolescent drug abuse? Could it be foreign users smuggling the drugs to their home country or just generally adding to crime in the city? Or perhaps is it simply that the groups of pot smokers don't match Maastricht's shopping Mecca image? It's probably a combination of the above mentioned.

Mayor Leers has their own online blog on pertinent issues. Of interest is his section on drugs along with a page called “13 misconceptions (and 1 conclusion) about cannabis. It's informative and controversial cutting against mainstream notions from the soft drug. For example Leers says it's a myth that closing coffeeshops reduces overall cannabis use.

Leers highlights that the Netherlands is the only Western nation where cannabis comes “legally” in coffeeshops and 13% of young adults use cannabis here. However in countries that seriously punish cannabis use, that percentage is a lot higher: 17% in Belgium, Ireland and also the USA, 20% in the united kingdom, and 22% in France (source: Un Office on Drugs and Crime).

Leers believes that a major problem is the inconsistency with Dutch soft drug laws. While individuals can legally possess five grams of marijuana or hashish, coffeeshops cannot legally purchase their stock. This is where Dutch law becomes a little strange.

Hundreds of kilos of cannabis are necessary to give you the demand of drug tourists in Maastricht. While shops cannot legally buy or grow this amount, the 'front doors' of their coffeeshops are watched, however their 'back doors' aren't. In an interview with AFP, Leers said “It is like telling a baker that he can sell bread but cannot buy flour.”

This is where crime comes in – producing marijuana happens within the country. Within their basements and gardens Dutch citizens are producing the stock for coffeeshops.

Organised criminal gangs easily moved in on this black market and hard drugs along with other criminal activity are members of the business. This is why Leers calls for laws that would legalise marijuana from production to sale, eliminating the underground and very damaging and exploitative home-grown industry.

Leers can also be advocating a Maastricht City Council proposal to have designated locations where people can buy marijuana – called “cannabis boulevards”. This could potentially reduce the demands of drug tourism on Dutch border cities where information overloaded with drug trafficking crimes.

While Leers enjoys broad national support, the idea is not appealing to all. In April 2007, former Belgian pm Guy Verhofstadt wrote a letter to his Dutch counterpart Jan Peter Balkenende objecting to the cannabis boulevard idea. The new shops would be near to the Belgian border – within walking distance of Belgian towns.

Dutch Justice Minister Ernst Hirsch Ballin will attempt to convince Belgium and also Germany on the decision to move the city's cannabis bars towards the Belgian border.

Maastricht city center has 15 coffeeshops. Leers has reached agreement with eight coffee shops to maneuver towards the city outskirts, to 3 locations near the Belgian and German borders.

Formally, it's a temporary measure. Belgium could in an extreme decide to go ahead and take Netherlands towards the European Court of Justice. Verhofstadt argues the Netherlands would be violating the Schengen treaty if Leers’ plans proceed. But a friendly diplomatic solution is much more likely.

>A European, not Maastricht problem

In reaction to this and other allegations Leers has stated Belgium's own inconsistent laws. The problem is not the coffeeshops, he claims. For instance in Belgium, people may possess up to three grams of cannabis however they can't legally buy it there; this is exactly why they come to Maastricht's coffeeshops.

According to Leers, this is really an issue for all of Europe to deal with. He argues that closing all the coffeeshops is not the answer because this would just push the industry further underground. Rather he requires legalisation and regulating the soft drug.
Leers pushed this agenda in a European Parliament hearing on 21 April 2005, which focused on the EU-Drugs Plan of action 2005-2008. In his speech at the hearing, Leers said that “it is absolutely necessary that EU governments shed their rigidness and accept that cannabis is, much like alcohol, a recreational activity. It is regulation leading to harm reduction and less crime. We should break the taboo.”

Attitudes towards pot in Maastricht

Besides the obvious desire to eliminate organised criminal gangs and the underground community, what is the trouble with coffeeshops? Why should they move out of the centre of town? Is that this all just snobbery? Who is actually complaining?

I've lived and visited in Maastricht on / off for the past 2 yrs and that i don't visit coffeeshops. Actually I hardly even notice them. I've never witnessed any street disturbances outside the shops. If anything I've only seen or heard of street brawls involving aggressive drunk youths.

When I first moved here' was surprised by the Dutch attitude towards marijuana. I'm from British Columbia, Canada where marijuana earns around EUR4.9 billion illegally in to the province annually. I'm not sure anyone in your own home who hasn't tried pot once. Not so in Maastricht. The Dutch women I've met haven't even tried the stuff plus they weren't at all interested. And so i think Leers probably includes a point. Whenever a drug is definitely accessible, there is less of a thrill and it is street appeal diminishes.

I've been 'going out on the town' in Maastricht for the past couple of years and I've never even noticed the drug tourists. I only knew they existed because my Dutch boyfriend would say “there are the Belgium and German teenagers who drive 200 km simply to visit the coffeeshops here.” I've been walking around Maastricht scoping out the coffeeshops and at worst barely 18-year-olds look timidly at the entrances and fail miserably to be discreet as they stumble into the shops. But that's all I've ever observed in 2 yrs.

I think image plays a large role here. Since i have first came to Maastricht in 2005 I am unable to believe the number of new clothes shops have opened here. Will we actually need three H&M's inside a town this size? There is an obvious attempt by city planners to create Maastricht into a lot more of an elegant shopping tourist destination. The odor of pot drifting from the seedy coffeeshops and stoned youth don't quite match this glitzy image.

I accustomed to visit one coffeeshop called 'Heaven 69' although not for the pot. There is a lovely outdoor patio and serve really good food. A friend said they have the best veggie burgers around. Whenever I am going there, customers are eating, smoking and playing games. I would call the mood extremely mellow, and based on my experience like a non-smoker I don't see a problem here.

Danya Chaikel is from Vancouver, Canada and recently finished law school. She's a background of working with migrants and promoting human rights. Danya recently moved to Maastricht to be with her Dutch partner.

Published with the permission of Crossroads, a web magazine for expatriates in Maastricht, holland. (www.ejc.nl/crossroads).